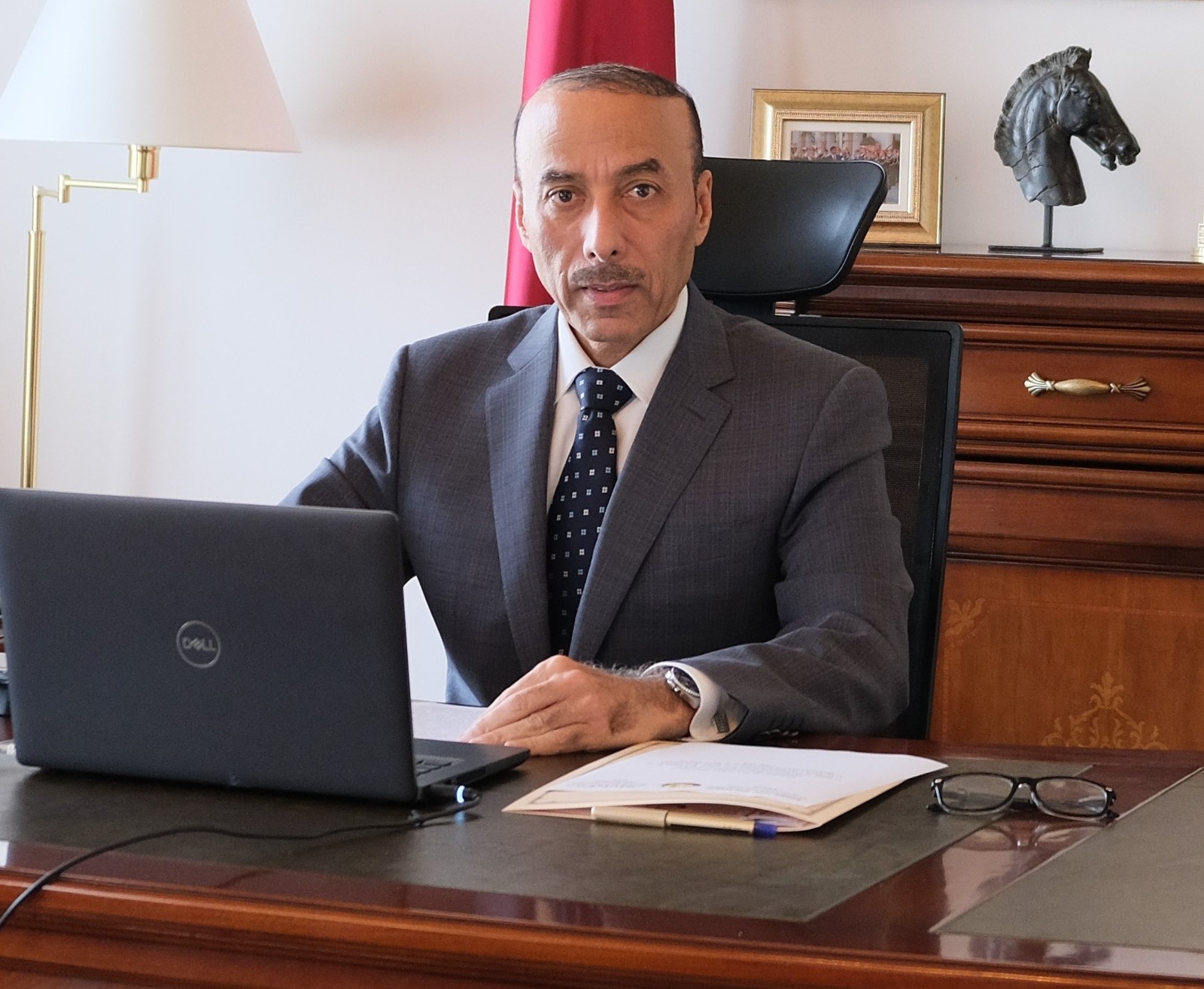 The State of Qatar affirmed the importance of empowering youth towards sustainable development and prevention of crime and drug use in order to ensure the well-being and future of their countries and the world at large.

In a statement delivered before a virtual meeting held on the sidelines of the sixty-fourth session of the UN Commission on Narcotic Drugs on empowering the next generation of youth towards sustainable development and prevention of crime and drug use, HE Permanent Representative of the State of Qatar to the United Nations and international organizations in Vienna Ambassador Sultan bin Salmeen Al Mansouri said young people make up 30 percent of the world's population, one third of whom are currently unemployed, not receiving education or training, or have been displaced from their homes due to conflict, which calls for providing them with opportunities to contribute to the economic, political and civil life of their societies, in a way that qualifies them to become a force to be reckoned with in order to achieve peace and prosperity.

In the statement, HE the Ambassador addressed aspects of Qatar's experience in supporting youth, and said that the State of Qatar and its leadership have made, since the country's independence, tremendous efforts to protect Qatari youth and enable them to obtain quality education and decent work to prepare them for the future and for the benefit of the country.

On the international level, His Excellency indicated the State of Qatar's interest in education as an important tool to combat crime, drugs, corruption and terrorism, and said that it has launched a variety of initiatives to help developing countries empower youth, including: the 2008 initiative, which it launched with a value of $100 million to help combat unemployment among youth around the world; the establishment of the Education Above All Foundation to contribute to human, social and economic development with the aim of protecting and supporting the right of education in areas exposed to the threat of crises, conflicts and wars; and Educate a Child has also provided so far more than 9.2 million children with access to quality primary education.

With regard to Qatar's cooperation with the United Nations Office on Drugs and Crime (UNODC), HE the Ambassador referred to Qatar's proposal in May 2014 to form an open-ended intergovernmental expert group to consider means of assisting countries in involving youth in crime prevention and criminal justice policies and providing more opportunities for youth to contribute to building their countries.

His Excellency recalled the launch of the Doha Youth Forum by the State of Qatar in conjunction with the 13th Crime and Criminal Justice Conference held in 2015, as it was the first initiative in the history of the United Nations Crime Conferences to make the voice of young people heard by policy makers and world leaders.

HE the Ambassador said that the government of Qatar highly appreciates the Japanese government for following up on the Qatari initiative during the Fourteenth Conference on Crime and Criminal Justice held in Kyoto, Japan last March, and hopes that this practice will continue in the United Nations conferences on crime and criminal justice in the future.

His Excellency explained that the Qatar-funded Doha Declaration Global Program, the largest funding program provided by one country in the history of the UNODC, has allocated two of its four pillars to empower young people: education for justice and crime prevention through sport.

In 2016-2020, the global program reached 2 million people from 192 countries, contributing to the implementation of the sustainable development goals.

HE added that they were proud that the Education for Justice initiative of the Doha Declaration Global Program had won the UN Secretary-General 2020 Innovation Award, and it is a great reward for the State of Qatar and the UNODC.

He stressed that the State of Qatar looks forward to achieving an enhanced strategic partnership with the UNODC to build on the legacy of the Doha Declaration Global Program, especially through initiatives that promote and support youth empowerment and their contribution to peace decision-making and achieving prosperity, opportunities and dignity for all.

At another meeting held on the sidelines of the 64th session of the UN Commission on Narcotic Drugs about the contribution of sport to the prevention of drug use, HE Ambassador Sultan bin Salmeen Al Mansouri noted that the State of Qatar pays attention to sport and considers it an essential element in the country's strategy to protect young people from crime and drugs and to promote economic and social development.

His Excellency noted that Qatar is determined to become a world leader in the field of sports, noting in this regard that Qatar has hosted more than 500 international sporting events in the past fifteen years, at a time when it prepares to host the FIFA World Cup Qatar 2022.

HE the Ambassador announced that the State of Qatar has agreed with the UNODC to make crime prevention through sport one of the main pillars of the Doha Declaration Global Program.

He also touched on the Line Up Live sports-based life skills training curriculum, which he said is a unique initiative that conveys the accumulated experiences of the United Nations and other partners in implementing life skills training to prevent crime and drug use from reaching sports venues.

Al Mansouri said that as they are close to closing the activities and the initiative of the Doha Declaration Global Program, they feel the need to build on the legacy and achievements of this innovative program, adding that partnerships with the United Nations office, governments, sports organizations and civil society is a must to spread the benefits of sport as a factor in preventing crime and drugs.